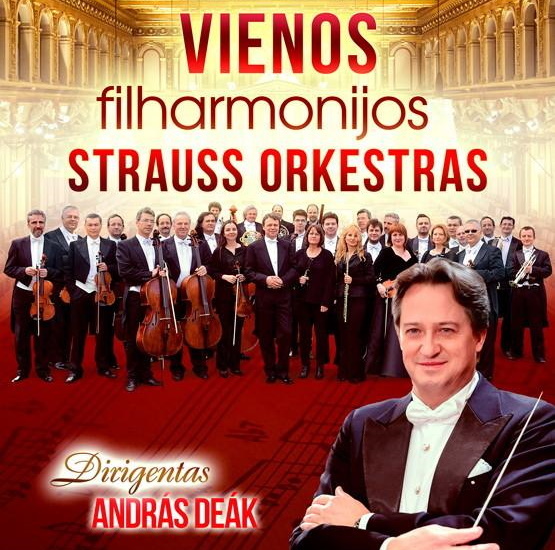 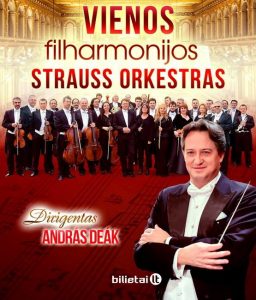 The repertoire is based on masterpieces by musicians from Haydn, Brams, Mozart, Strauss and other classics. The orchestra is played by highly professional musicians from Vienna, as well as their colleagues from all over Europe.
The Strauss Philharmonic Orchestra of one  has successfully toured Europe (Germany, Romania, Poland, Austria, Hungary, Bulgaria). The activities of the ensemble are aimed at the preservation and development of Vienna’s musical culture at the European and international level.
The main conductor and one of the founders of the orchestra is András Deák, an authoritative Maestro with many years of successful career. In 1995, he was named one of the best Hungarian conductors in the International Janos Ferencchik Television Conducting Competition. A. Deak has performed in many of the world’s most famous concert halls with the best orchestras: the Calgary (Canada) Philharmonic Orchestra, Jack Singers, the Vancouver Opera Orchestra at the Orpheus Theater, the Baltimore Symphony Orchestra at the Kennedy Center in Washington, DC, and the Chicago Lyric Opera. “Orchestra.
2006 András Deák. was invited to the Wiener Musikverein to conduct the Mozart Orchestra in Vienna and has since become a permanent guest conductor of this famous ensemble.
For his contribution to the development of culture maestro András Deák. In 2004 he received the prestigious Hungarian Award of the Order of Services.
The organizers hope that the evening with this great Orchestra WILL INSPIRE YOU and GIFT YOU UNFORGETTABLE EMOTIONS OF JOY.

Valid for 2020 December 8 tickets
When buying 10 or more tickets, you can contact: vipklientai@bilietai.lt

Doors open: one hour before the event
An event without a break
Event language: Lithuanian