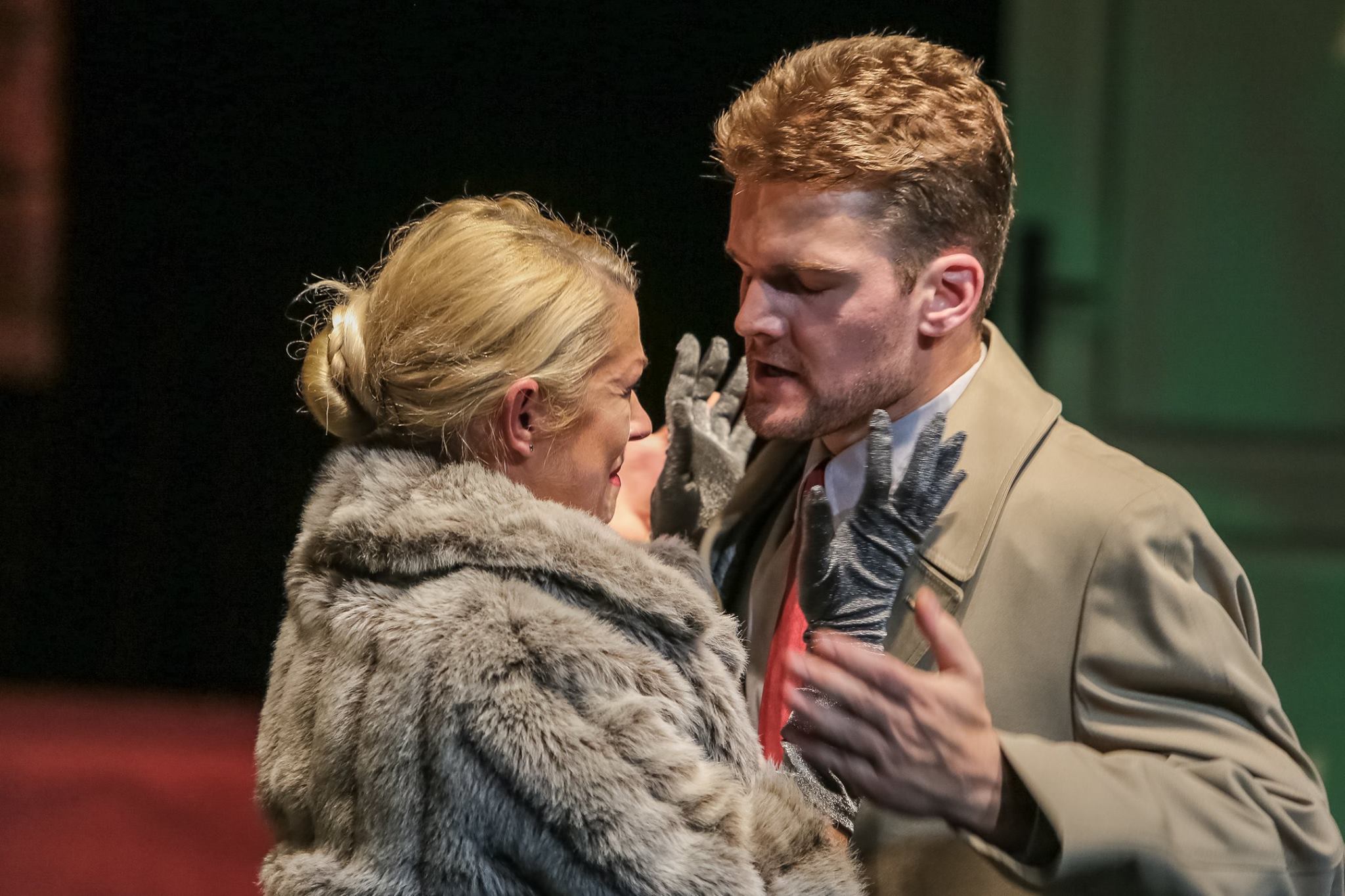 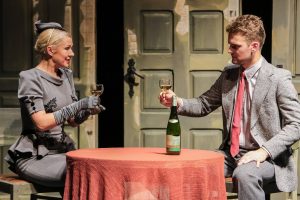 The play  “Warsaw Melody” is written on 6th decade of the twentieth century by far the favorite of the audience. The play then rang loudly throughout the Soviet Union and it has played by the most famous actors. Today it has become relevant again and reborn  in Klaipėda Pilies Theatre.

Postwar Russia. Two young people find each other in Moscow: he – a Russian guy arrived from the province to higher education, she – Polish girl studying at the Conservatoire. On 1947 USSR issued ill-fated law prohibiting marriages with foreigners. It terminates only commenced two young people in a relationship. After ten years the fate of the play‘s heroes enters  in Warsaw and later in Moscow, but … The meeting on “critical crossroad ” no longer than Helen, than Victor. They no longer have to change anything,  because did not change people have been in the past …

The stage, in which the Polish student Helen and Victor Russian guy who has chosen the profession of winemaker, meetings do not see the post-war Moscow household accents. There is only long “bench” – the bridge of space and time. Pilies Theatre  not follows the story. Theatre explores the way of the heroe‘s who had led them to the last date. The play‘s personalities are afraid to be free and happy. The reason, probably, not dividing states, spatial and temporal borders and internal barriers hidden in the  heroes. After all, change human psychology to overcome their fears and complexes are sometimes much more difficult than reforming the social structure or abolished by law.