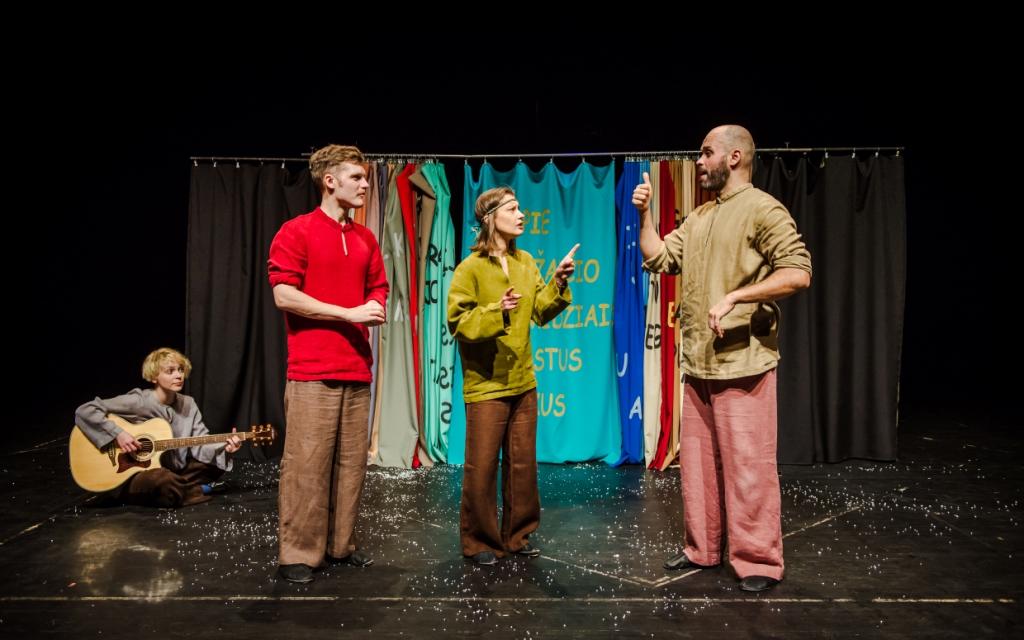 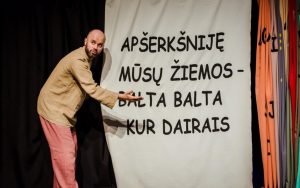 S. Nėris’ poem “Grandma’s Tale” reminds many of her childhood and faith in simple miracles. The first performance of “Atviras ratas” for children was created on the basis of this poem. The musical performance-improvisation is intended for both the youngest spectators and their parents. It is a performance in which the characters of famous fairy tales – Goose Pumpkins,  brother Jonas, Orphan, snake’s wife Eglė and many others – openly and playfully tell their most incredible stories and boldly invite the little ones to create a fairy tale together. A tale where geese can fly and fish can talk. Where everyone can turn as much as they want, and miracles come when you least expect and hope for them…
Thanks to the imagination of the actors, children and their parents, the musical performance-improvisation not only becomes a gateway to the mysterious and adventurous world of fairy tales for children. The infectious songs and the memorable melody of the director of the performance Aidas Giniotis, written for the poem “Grandma’s Tale”, will definitely not let anyone sit quietly with their hands… This performance not only watches, but also actively participates…
The performance was awarded the “Golden Cross”  for the best performance for children.