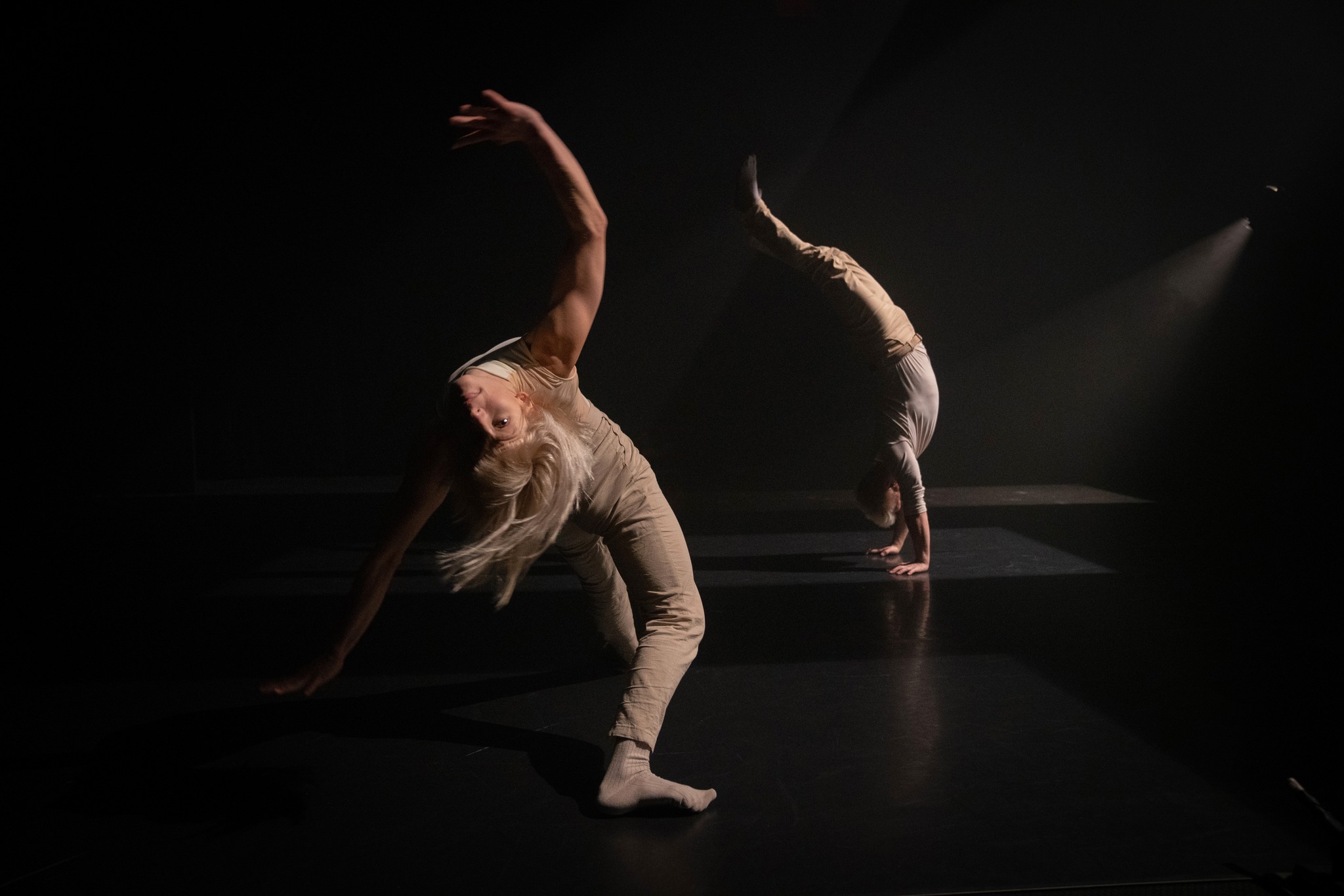 The force that resists any appearing movement in the interface between two solid objects. To overcome friction the object has to create work against friction, which releases energy stored in the object converting it into heat or other forms of energy.

RISA – Friction is a breathtaking weave of dance and acrobatics, a combination of two different physical artists and the movement that they have created together. Between the artists, dance stretches into new horizons, meets acrobatics and transforms into something new. The duet breaks existing forms and techniques. It focuses on listening to one’s own energies even more carefully, and to follow the routes that the physique desires. Which way does the inner movement wish to unwind and with how much force, how do we relate it to each other?

The duet researches what kind of new movement language can be found when working more strongly from inner impulses by sensitizing senses and by reaching to full extent, simultaneously facing opposing forces and reciprocal conflicts. Does it mean one has to abandon learnt techniques and paradigms in order to dive deeper or can one rise above all of that, and thanks to that, find a new level?
​

RISA a breathtaking merge of dance and acrobatics. The collaboration of the duet started in 2016 and their artistic journey really began on 2018 when they focused on exploring and developing their own personalized movement language and established RISA. The base of RISA’s work is dance acrobatics that has become one of the characteristics of contemporary circus.

Saku Mäkelä is among the first circus artists, having a higher education degree from Stockholm University of Dance and Circus as a dance acrobat. He has worked professionally for almost 20 years in musicals, circus, contemporary dance, theater, television, street shows, his own artistic projects and different companies.
Riia Kivimäki is a dance artist and choreographer graduated from Tampereen konservatorio and studied contemporary dance in Spain at Cobos Mika Dance Company. Riia has worked broadly as a dancer in contemporary, circus, jazz, show and musical fields and making choreographies in various fields such as theaters, shows, gymnastics, contemporary dance and circus.
www.riiasaku.com

The performance is FREE OF CHARGE. Registration is necessary (more information soon).