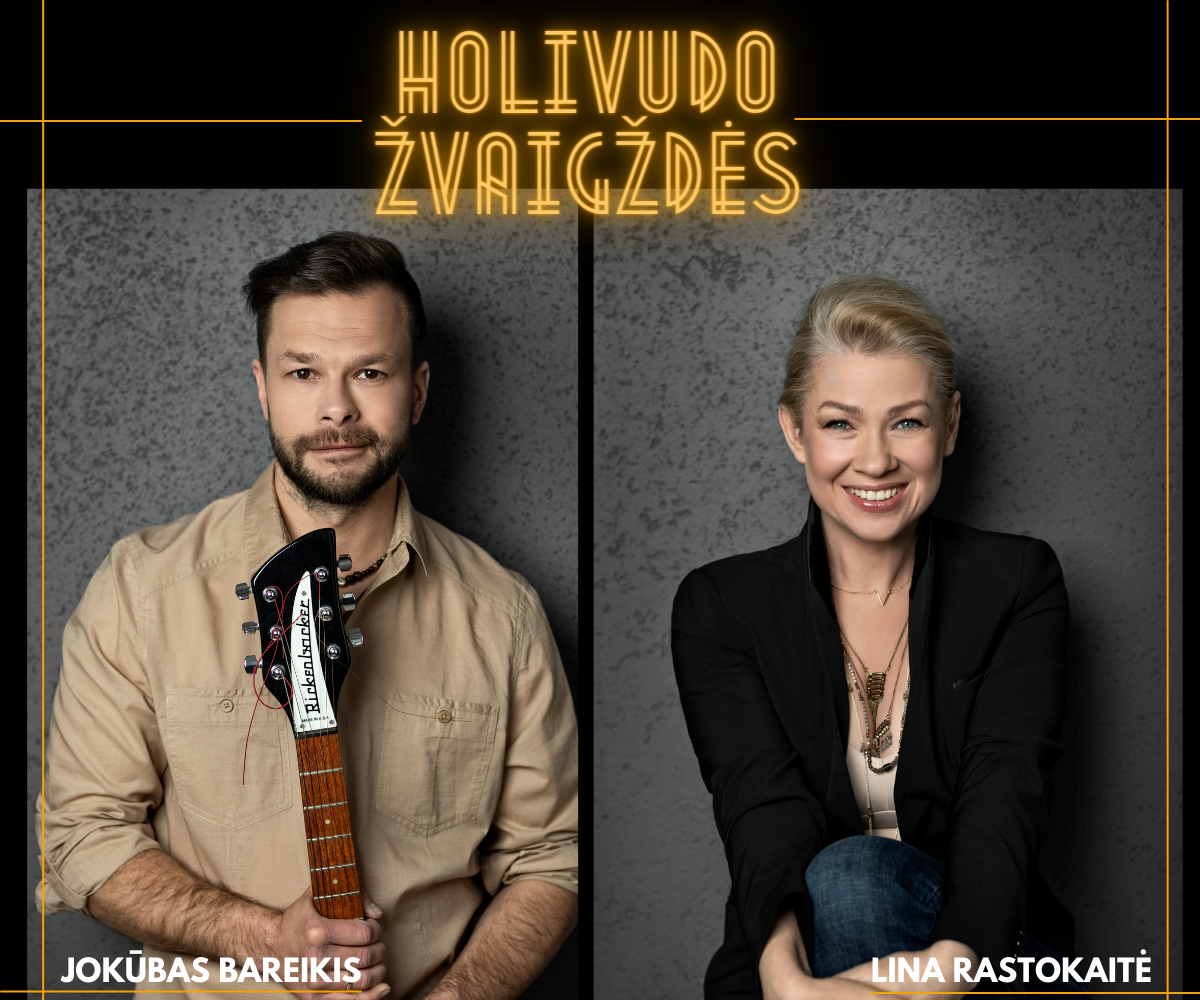 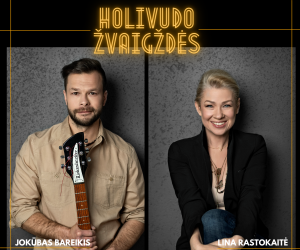 LINA RASTOKAITĖ, JOKŪBAS BAREIKIS and GROUP
“Hollywood Stars”
THE MOST BEAUTIFUL SONGS AND STORIES OF MOVIES

Talented film and theater actors, singers, the winner of the LRT project “Golden Voice” Lina Rastokaitė and Jokūbas Bareikis present a new music program, during which the most beautiful melodies of popular Hollywood films will be played. The theatrical concert will feature not only film songs, but also interesting, incredible stories from the film-making process, personal life facts or funny events.
This festive concert is for everyone who longs for a quality, extremely energetic and positive musical performance!
You’ll hear songs from “The Lion King,” “A Star  Is Born,” “Rocky,” “Pretty Woman,” “James Bond,” “Jesus Christ Superstar,” “Frozen” and other movies and musicals sung by Marilyn Monroe. Elton John, Adele, Lady Gaga, Sting and other performers.
During the concert, we will travel for decades to the time when Charlie Chaplin and silent cinema reigned, to the times when feature cinema appeared and, of course, we will focus on his majesty – Mr. Hollywood.

EVENT WITH OPPORTUNITY PASSPORT
The duration of the event is 2 hours. (one break)
Doors open one hour before the event
Children under 7 are not allowed.
Photography and filming are prohibited.
More information: tel .: (8 46) 410 565.