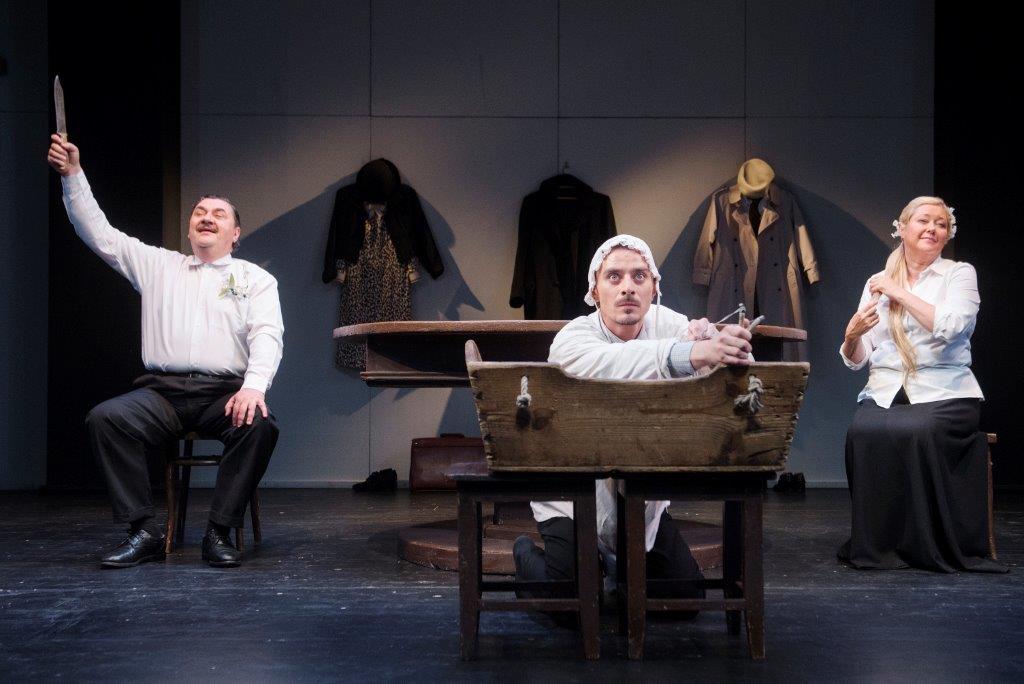 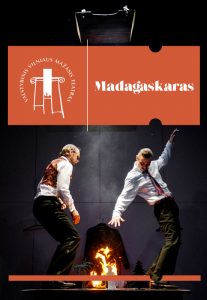 “Madagascar” is a play by playwright Marius Ivaškevičius, presenting Lithuania in an original, autoironically and intellectually way as a phenomenon, Lithuanian attitude towards oneself and the world. The reason for the success of the play is the intriguing plot, clever situations and masterful dialogues written with the help of an authentic first 20th century. half language. Drama about Lithuanian utopias M. Ivaškevičius “discovered” a unique and non-legendary 20th century the personality of the first half – Kazys Pakštas. This geographer, traveler, geopolitician and public figure has been called the “Minister of Propaganda without the rank of Minister”, the “Marcher of a Free Europe”, “Ulis”, the “Patriotic Whirlwind”, the “Herald of the Nation”, the “National Apostle” compared to J.A. Herbačiauskas, S. Šalkauskis, A. Lincoln… Sensing the fate of Lithuania, he planned to move it to an African country and create a “backup” homeland there.

If the first part of Rimas Tuminas’ performance, which forces the audience to sincerely quarrel, focuses on Kazimieras Pokštas and his insane idea of ​​“concentrating Lithuanians on mass emigration” to Africa, then the second one belongs more to Salė, for her dramatic fate. The second part of “Madagascar” also reveals the “Lituanika” disaster, war, occupation.